Bullies on the Board? Don’t get stiff Armed!

It’s great when board members are serious about their job, but, often times, disastrous when one board member decides to take his or her job too seriously. That’s when it is up to the rest of the board to intervene. Anyone who has ever served on a board knows how difficult and time-consuming it is to volunteer to help a community association run its daily operations and annual budgets, let alone have to walk on eggshells to accommodate a temperamental member who thinks nothing of threatening and criticizing  others.

Unfortunately, bullying by board members occurs all too frequently and in a variety of ways.  Some bullies shout down or threaten to issue violations to owners who ask questions or request to see records.  Some selectively enforce the rules by favoring certain owners over others, or fail to follow the rules themselves.  Others host association meetings without properly notifying owners, or hire friends as office managers, accountants, landscapers, etc.

Why do they get away with it?  Some get away with it because other board members are too tired or frightened to fight back.  Others remain on the board because the recall process seems too onerous.  In any case, there are a variety of steps both board members and owners can take to stand up to those who would use threats and intimidated to maintain their reign of power.

As in any hostile situation, it is best to tread carefully at the outset.  There are often two types of bullies: one that will actually take action, and one that will back down when confronted.  More often than not, the later is the more prevalent type; however, you usually won’t be know what type of person you’re dealing with until after the board decides to take action.

More often than not, the best option initially is to bump the hostile board member from the position of an officer to that of a mere director.  Many boards are not even aware that the board may have this capability.  This power is usually implied in the association’s governing documents, which often dictate that it is the board’s responsibility to determine who serves as an officer and in what capacity.  Thus, a president or other officer that has gone rogue can be removed from position as an officer, yet remain on the board as a director.  This way, their authority to enter into contracts or run board meetings is removed without the hassle of obtaining a majority vote of the members.  Sometimes, the difficult board member becomes embarrassed and either resigns or begins acting within the scope of their duties.  Other times, however, the member continues with their hostile behavior and further action becomes necessary.

If stripping the hostile board member of his or her title does not resolve the problem, another option is to conduct a recall to get them removed from the board altogether.  This often becomes necessary in instances where the hostile board member has a strong presence within the community and is able to convince people he or she still has authority.

Florida Statute 718.112(2)(j) and 720.303 (10) govern the steps necessary for a condominium or homeowners association to recall a board member.  To do so requires a vote of the majority of membership at a meeting where a quorum is present (which can be problematic if the association has quite a few absentee voters).

Other problems arise when a board member relays confidential information about the association to non-board members, or otherwise attempts to create conflict within the community.  In such situations, it may be beneficial to create a confidentially agreement or a code of conduct, thereby forcing the board member to acknowledge in writing that they will either comply with their fiduciary duties, or else voluntarily resign.  Once approved by the board, have each board member sign.  If the difficult board member signs the document, then the board has an agreement it can enforce.  However, if the hostile board member will not sign, then the document can be shared with the association members, informing them which board members signed and which members did not.  This way the association can avoid potential slander claims, while demonstrating to the rest of the community that the hostile board member is not acting in the best interest of the association.  Such action can also help to garner support for a recall or else prevent that member from being reelected.

There are legal remedies that allow an association to file a lawsuit to remove a director for either dishonesty or fraudulent activities; however, not only is such an option costly, but usually the actions of the director don’t rise to this particular level.

Overall, it can be difficult for board members to stand up to a domineering board member.  In such situations, it is best to keep in mind that each board member has an equal vote (even the president is a board member just like everyone else on the board).  As such, board members that work together and are able to communicate are ultimately in a better position to find a successful solution and thereby put a hostile board member in his or her place.

This blog submission is for purposes of disseminating information only.  It does not constitute legal advice.  No attorney-client relationship is formed by virtue of reading this blog entry or submitting a comment thereto.  If you need legal advice, please hire a licensed attorney in your state.

Association Board Members and management companies can get current statuses on matters through our website. If you need an ID and password, please contact us.
Association Login 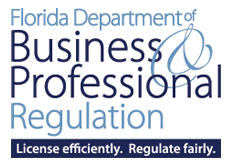